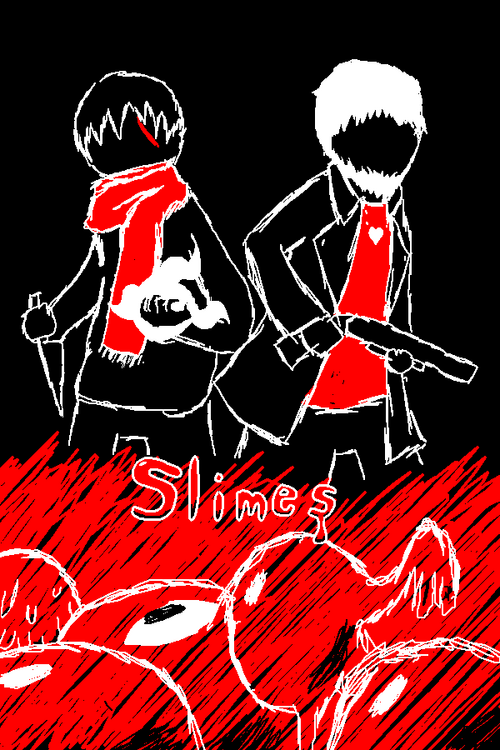 Folks, I'm pleased to announce that Slimes now has a Steam page! The cover image here is the one for the Steam library, and I have to say, it's surreal to see it alongside my copy of Final Fantasy XIV. There will be a few additions in the Steam version:

If you paid for the itch version, you're entitled to a Steam key, as well as anyone else that gives enough for the PDF from this point on! If you're interested, please give the game a wishlist because that helps visibility on Steam's accursed algorithm!