In a JRPGish world, our heroine must go through a fishing minigame for the sake of 100% completion!

This is a real short visual novel that I made in a few hours in Visual Novel Maker.  It was having a free weekend and I thought, "might as well play around with it."

I enjoyed this. I've been meditating a lot and reading about wu wei and such, so I tended to think the game was going in that direction. But the critique of the heroes essentially being that they had emptied their personalities threw me for a loop since that is the type of thing I was expecting the sage to encourage!
Then it started reminding me of the film Booksmart because the moral seemed to be similar in a way, but the rhetoric of the game then went back towards some sort of "focus on yourself" message at the end.
This back and forth was interesting for me. It felt similar to the conversation, analysis and theorizing that has been going on with me over the past month or so. 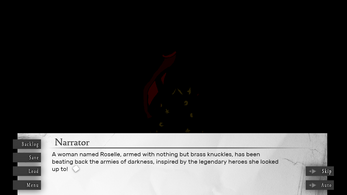 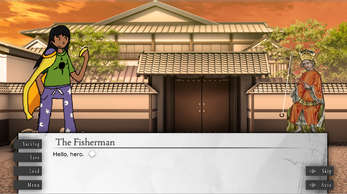